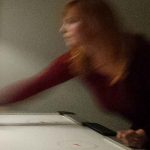 By Penina Finger On December 28, 2016 · Leave a Comment · In My photos, People, Photography

At a friend’s Christmas party this year, I was enjoying the colors and light around the air hockey table when my friend, Julie, began a fierce match with a fellow party-goer. I was delighted by how much the light and the game showed off her beauty and intensity…

Beans and rice and me: photo project explores identity

By Penina Finger On December 26, 2016 · Leave a Comment · In Cool Stuff, People, Photography

I met Jaydee Dizon, a Los Angeles artist, during a documentary photography class I attended through Venice Arts. Until then, Jaydee considered herself a landscape photographer, but early in the class she produced some highly compelling autobiographical photos, including Rice Face, a self portrait that ultimately launched her powerful 20-woman identity series. 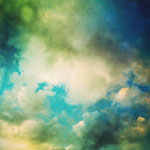 By Penina Finger On October 26, 2013 · Leave a Comment · In Cool Stuff, In Brief, People, Photography

Is there such a thing? You mean, besides the fact that there are seashells at the top of nearby Mount Charleston?

We spent the Fourth of July up at Morro Bay. While the boys played in the sea, we walked, spotted five herons (would that be a flock?) and saw seaweed strewn by wind and waves into mysterious letters.

Pattern Spotting: Los Angeles, Back of the Taco Place

By Penina Finger On May 7, 2011 · Leave a Comment · In Communityology, In Brief, Photography

…and playing with the Vignette app on my Droid.

Spent the week in Mammoth with friends. Gulls are just starting to arrive for mating season. We watched a glorious storm blow in from the mountains.

Church of the Vernacular

By Penina Finger On April 9, 2011 · Leave a Comment · In Communityology, Cool Stuff, Design, In Brief, Photography

I’ve started a new personal project on Posterous, compiling my photos of (mostly) commercial art that flies in the face of multinational polish, and speaks with poise in the language of its own place. I’ve got a nagging feeling I started this elsewhere some time ago, but […]

How do they do it?

Oddly, some seem to do it better than others. Her brother can make feline comfort magic, but not like this.

It was a rainy Sunday morning, and all was good.