Sample Logos Holly shows us how to Cute 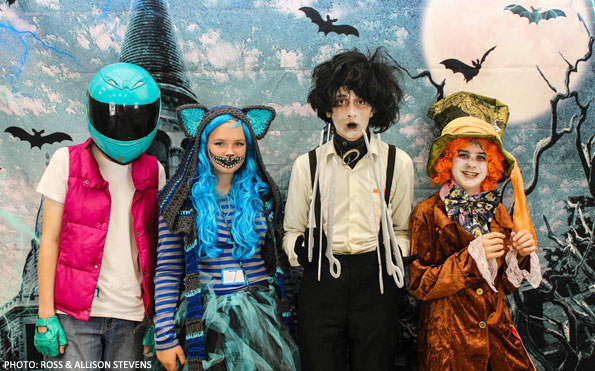 Halloween is coming, and the parties have begun. My son opted for Edward Scissorhands, and the universe provided the gear (though a couple of manic family craft sessions also helped).

First party of the season was a teen dance, which was particularly awesome because photographers Ross and Allison Stevens were there with photo gear and a spooky backdrop (I took the grainy Instagram at left, so I could have a full length souvenir).

He was picky about how to do the scissors, which paid off. These are cut out of foamcore, painted, and sewn to black gloves. We’d planned on glue-gunning them, but discovered too late the glue sticks were either gone, or extra well hidden. It turns out sewing them was probably a better idea. Sewing in the car on the way to the party, however, was not such a great idea.

2 Responses to Cuts a fine figure