Color genius and very fluffy quilts The Grandmama of Infographics

Early this past summer, we went on a multi-family camping trip to Refugio State Beach up the California coast. This was a car camping trip, on the state beach campground alongside campers, pay showers, and designated campfire pits.

We enjoyed sunny days, dense rolling walls of afternoon fog, and thick tangles of tourmaline colored seaweed laying in sandy clumps as though it had fallen off a mermaid’s hairbrush.

I had a drawing project in mind to work on for my ongoing butterfly story, but I managed to get a few photos of the seaweed because something had to be done with that. And it was. Later in the summer, those sparkling snarls turned out to be the perfect subject for a set of watercolor pencil sketches.

The sketches are, I think, a better fit for one of my story’s installments than the pen and ink drawing that’s currently there. I’ve posted the installment below, with my three favorite sketches.

It was late in the afternoon, and cold. The mist was so thick I could barely see the looming granite outcrops that stood in a miles-long, irregular row. They were hunched against the waves, and one was just twenty feet from me, mostly shrouded. Thousands of tiny, smooth pebbles—normally a rainbow of glinting specks—were now a thousand sparkling shades of gray, fading quickly to white. 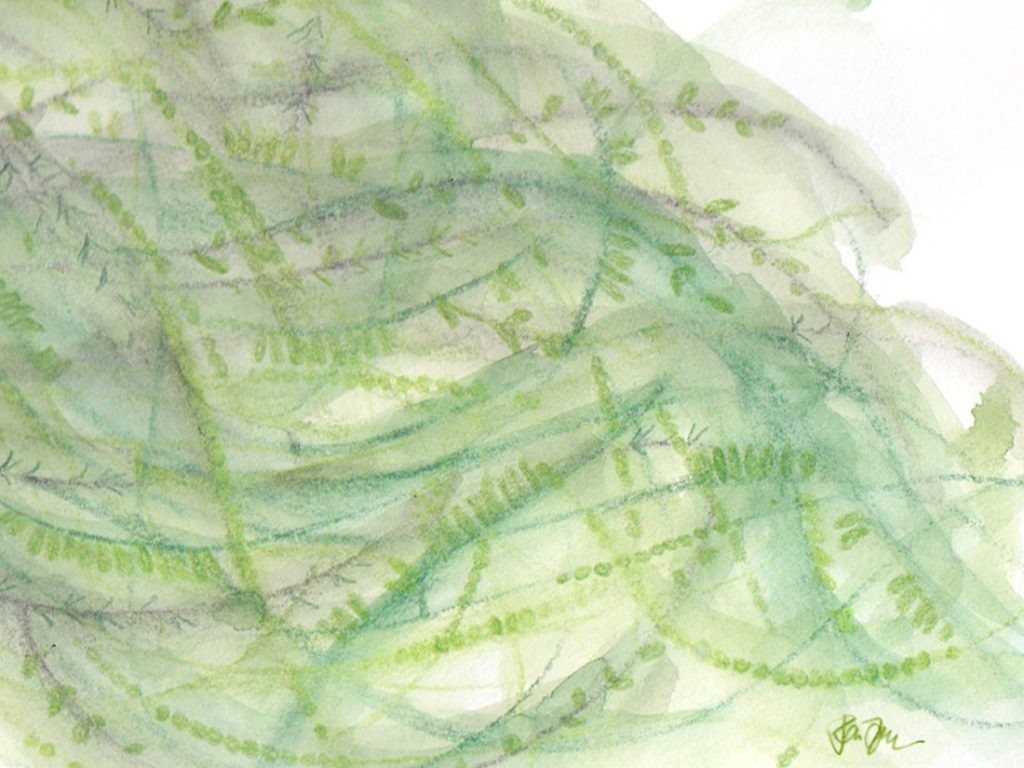 On days like this, I’m moody and yearn for the dark. I’ll dive right into the seething waves, swim clear of the jagged pillars and drop myself like a stone. I don’t need the sun anymore. Its rays were fed to me so perfectly when I was a child that it’s now a part of me, and I take it everywhere I go.

But on this day, a massive whorl of seaweed caught in the underwater squall netted and held me. Shells, fish, pebbles and sand whipped and cut me. I couldn’t fall and I couldn’t rise. Pulled along the relentless coiling swirl, the only thing to do was fold myself like a sleeping leaf and close my eyes. 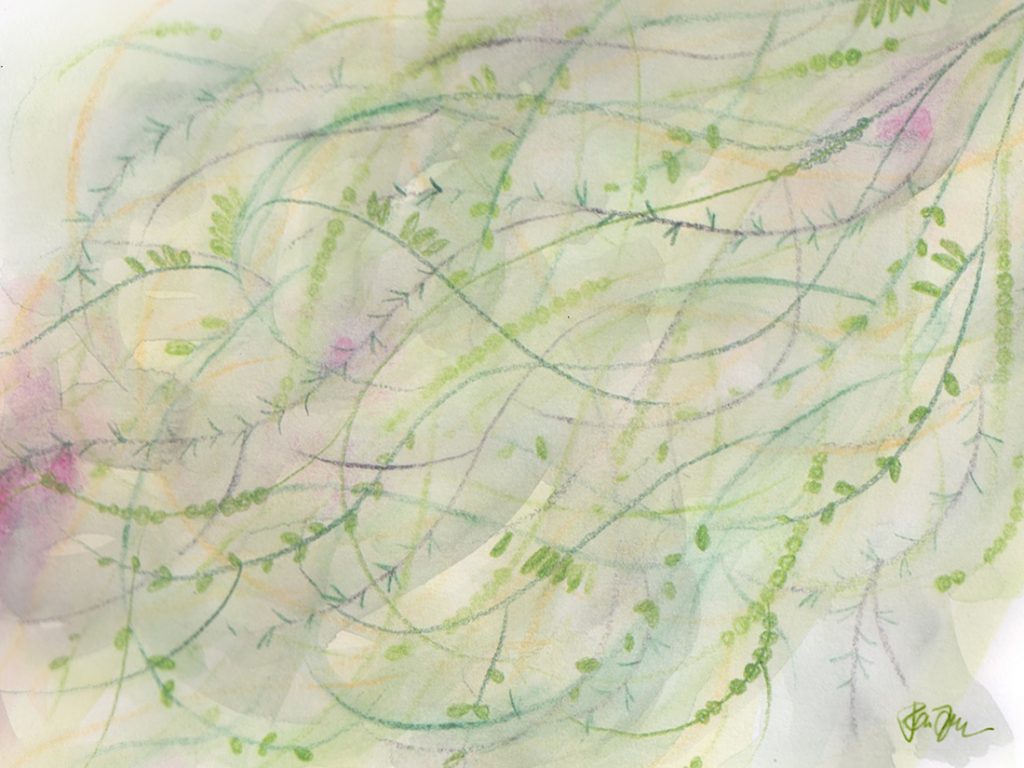 I was in the woods. I was warm and dry.

I was looking into the eye of an elephant.

I opened my eyes and seaweed whipped my face, flurries of shell and sand cut my flesh.

I closed them and I was alone by a pool.

I was encircled by a weeping caterpillar.

I opened my eyes again, and I lay on the pale and quiet beach, tangled in a slippery mountain of black seaweed. 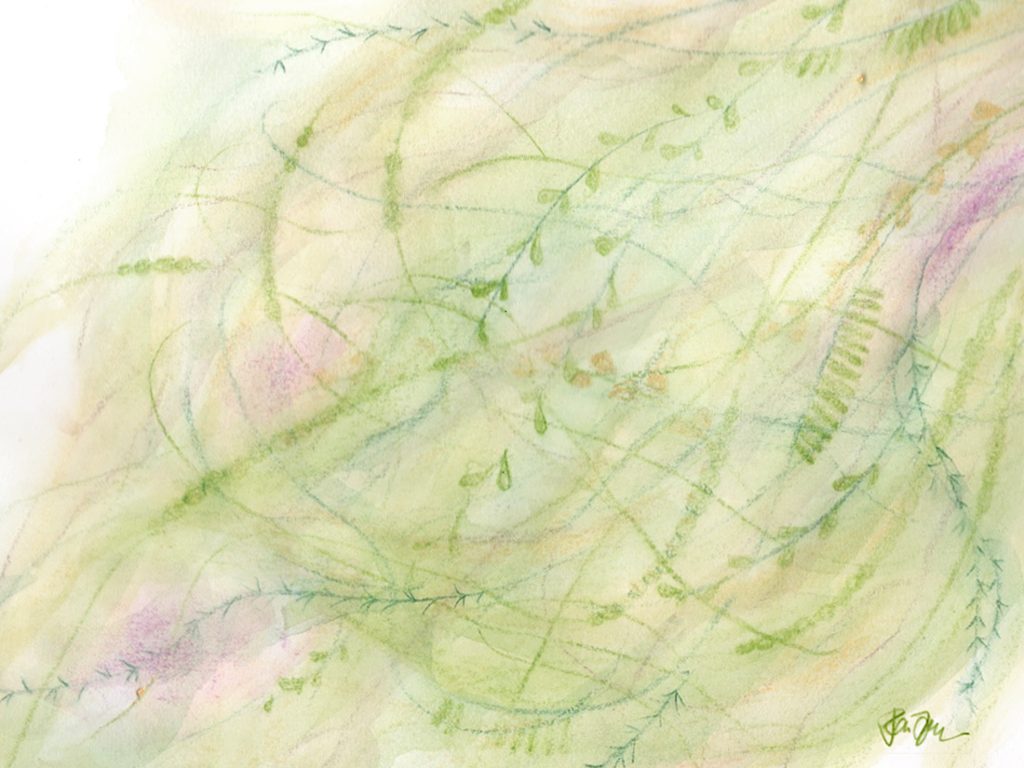 To see more of the ongoing picture story, I am not actually a butterfly, click here. 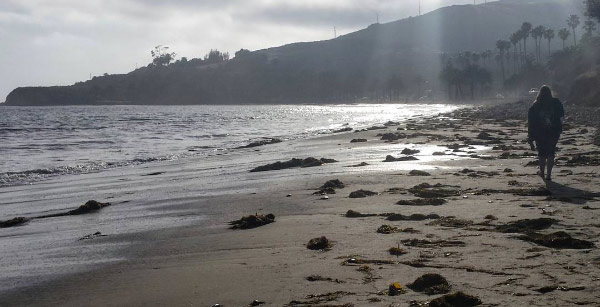