Trace a creative path A thousand and one

By Penina Finger On December 20, 2014 · Leave a Comment · In Creative Process

How many people have told you that you’re one in a million? that there’s no one like you in the whole world?

You’re probably pretty sure it’s true. Most of the time. 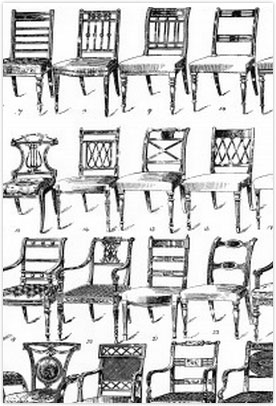 One big exception is often when we’re trying to do something original. In arts, technical and business environments, the earnest desire to say something that’s never been said before, to stand out, tends to spark a seed (a big seed) of doubt.

Then, those old promises begin to sound hollow (along the same vapid lines as “Have a nice day,” and “I cannot tell a lie”), and we remember the other promise, that “there is nothing new under the sun,”

which is also true.

Let go of originality. Focus instead on authenticity

Even in literature and art, no man who bothers about originality will ever be original: whereas if you simply try to tell the truth (without caring twopence how often it has been told before) you will, nine times out of ten, become original without ever having noticed it.

Let go of “inventing” and see what you can innovate. Find your authentic voice (I’ll dig up some links about how to do that), and then re-find it from time to time (because it changes). Let go of “the next big thing” and focus on what deeply moves you.

Select only things to steal from that speak directly to your soul. If you do this, your work (and theft) will be authentic.

What is stealing? It’s taking something from someone else (without permission!) and making it yours.

By taking ownership of the things you love, you’ll change them, and in changing them, you’ll make them new. You won’t just be riding the waves, you’ll be making them.

Which is why this is also about staying relevant

The only audience you need to stay relevant to is yourself. Your truth today may not be the exact same truth you tell tomorrow. You don’t get to say, “Well, I found my authentic voice back in 2009, so I’m good.”

The truth repeated often enough is a lie.

You’re a living thing, far more complex than a plant… but the shadows you cast and the parts of you that catch sunlight will have shifted, even if ever so slightly.

You’re free from the breathless race to “stay relevant”. The only irrelevant people are those who aren’t true to themselves. This is really gritty-scraped-knuckles-and-a-less-than-perfect-day True.