Ready to reach past Brand Logo to Brand Values?

Making the rounds lately is this remarkable and moving animated video just posted by Chipotle. “The Scarecrow”, the companion film for the company’s new app-based game, is an indictment of factory farming just raw enough to make me wonder what happened to the McDonald’s connection.*

I first spotted the video on Gawker, where author Neetzan Zimmerman gives a quick overview of the three-minute (well, 3:23) story’s hows and whys. Among a number of useful links, Zimmerman points us to the USA Today article, Chipotle targets Big Food, skips big branding.

This is what’s possible. This is the kind of positive impact a company can create. And this is what’s being demanded of business by the increasingly aware consumers marketers insist on calling “millenials”. Whatever the name, these are people who, according to Chipotle’s chief marketing officer, Mark Crumpacker, “are skeptical of brands that perpetuate themselves.”

A lot of creative and risky leaps need to be—and can be—made to pursue this kind of marketing (and it is marketing: it is bringing a set of products to market). To succeed at it, we’ve got to trash most traditional sales thinking, and give more than lip service (i.e. more than a one-day motivational seminar) to internal values.

One of the scariest things about doing this kind of brand building is that you’ll come under fire. Chipotle, making its stand for “food with integrity”, has already experienced this for its food sourcing principles and practices. In a more abstract example, a company building its brand around its regional roots may learn in the course of its growth that more than half its management no longer comes from its home region. Sure, big companies come under ethical and legal fire whether or not they commit to deep branding. It’s just a whole lot rougher to have this happen after a company says, “values are what we’re about.” 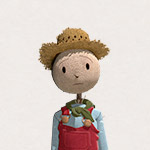 It would be so much easier to just paste a logo on something and call that “branding”. Chipotle’s logo appears only at the very end of the video. While marketing scholars argue for and against this kind of thinking, I’m willing to bet that from now on, we’ll refer to “The Scarecrow” as “The Chipotle video”.

* Remember the McDonald’s connection? Contrary to rumors, McDonald’s never actually owned Chipotle. They had begun investing in the small chain in 1998, which allowed them to vastly expand. By 2001, Mcdonald’s was Chipotle’s biggest investor, but as part of a general move to focus back on its core chain, they divested in 2006.