You are (hopefully) not your online self… Teen art workshop: what they made

When all you’ve got is paint

By Penina Finger On July 8, 2014 · Leave a Comment · In Communityology, Design for Surfaces, Surface Design

We live across the street from an elementary school in a struggling district. Awhile ago, I wrote about the collaborative mural project I designed and directed for them, but I realized only recently that I’d left out an important first step.

Before we began the actual mural project, we needed to clean the walls we planned to paint, and lay a fresh base coat. Extra challenge: with district hoops to jump through and other possible disappointments, there was no guarantee we’d get to Step Two. Whatever we did might end up being all we did. I was leaning towards the most promising of their existing colors—a sort of Prussian Blue, but needed to do some research and reconnaissance.

I visited the school, then visited the district’s approved paint vendor and familiarized myself with both the materials and bureaucratic restrictions. Given the simplicity of this first step, it was the bureaucratic restrictions that were more interesting. I was given a dreary list of dated, tired colors schools are allowed to use to paint their walls. Along with the blue, my neighborhood school is painted beige, “teal” and of course, putty. Then an idea occurred to me, and I shot my best conspiratorial gaze at the clerk.

“But this will become the base of a mural,” I suggested. He understood immediately and we were in business.

There was one more, less tangible challenge. What color could we possibly pick that wouldn’t quickly wither under the weight of a rigid, dusty, concrete-laden environment?

I opted for play: we’d attack order with a dash of chaos.

Instead of choosing a single shade of blue, I chose four. The idea was greeted with a small amount of surprise, but the organizers decided to trust my judgment.

One frenzied, exhausting, but gratifying volunteer day was all it took to complete the transformation. 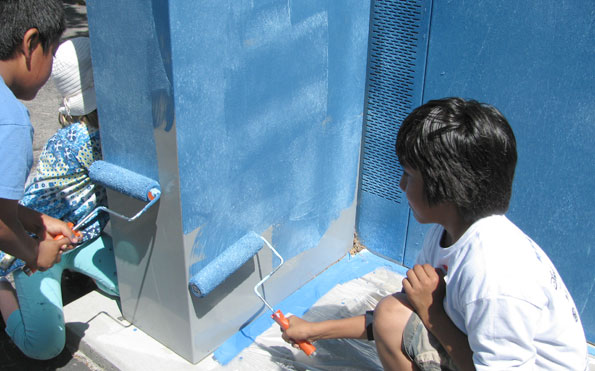 Years later, unexpected corners of the school yard still wink at me as I pass, and also (hopefully) at a few of the less-manageable, more promising young people playing nearby. 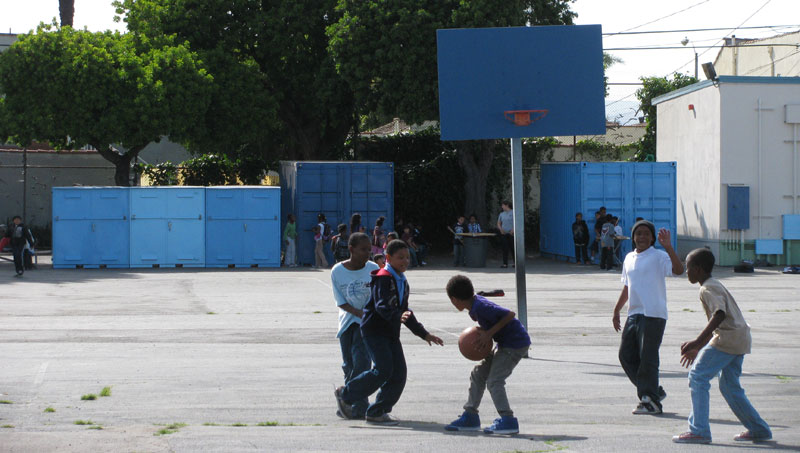 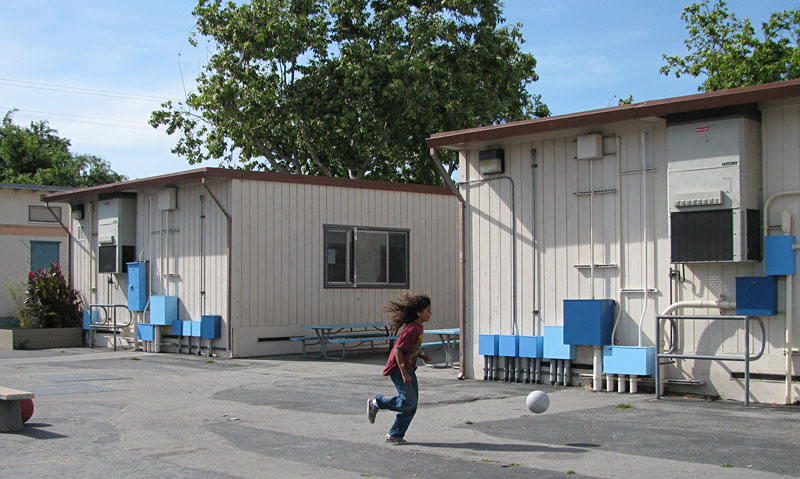 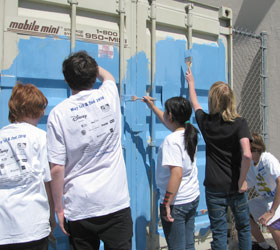